This post will be short, sweet and to the point. Here's my latest belly picture. 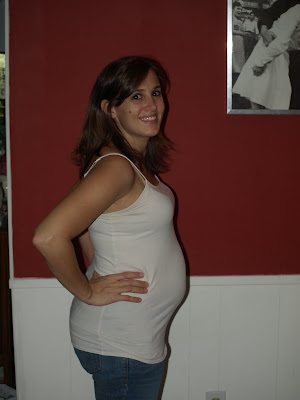 and the belly grows...

Here's the last belly pictures from the last two weeks. "Numero Dos" is becoming VERY active. He kicks A LOT which is new to me cause, believe it or not, Lori never did. She would move around but never kicked me like her brother has. This makes me a little nervous since according to Baby Center he's 11 inches long and only a maximum of 1 lb... so what will his kicks and punches feel like when he's 4 lbs? Yipes, I cringe at the thought. 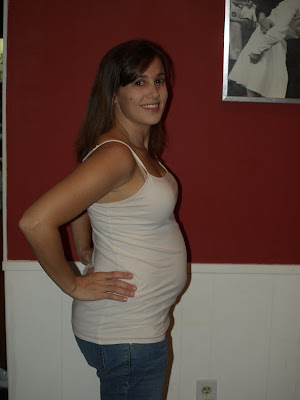 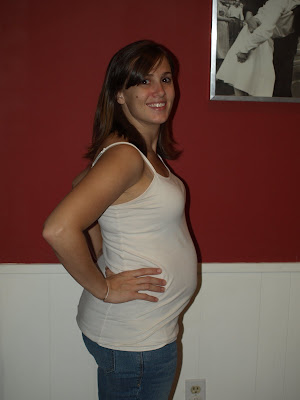 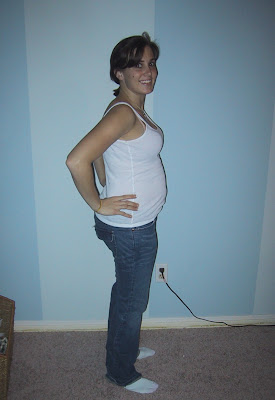 Posted by His and Hernandez at 9:42 AM 4 comments:

Tuesday night around 11:30 pm Lori started fussin'. Nothing out o the ordinary but Jorge went to check on her anyway. I was up for one of my many midnight bathroom runs, so Jorge called for me that Lori had thrown up. I came running, just in time to see her throw up again, and let me tell you... watching your child throw up is possibly one of the saddest things a mom can watch. Jorge striped her bed while I gave her a bath. Luckily it was only 11:30, which meant it was only 9:30 in CA, so I called my mom RIGHT AWAY! Lori had never been sicker than the sniffles before so Jorge and I were a little thrown off. (not to be confused with Lori who had, of course, thrown UP - poor baby) We were able to get her back to bed and everything but Jorge and my mom agreed that since I am pregnant, I really should stay away from Lori as much as possible, to avoid getting sick and harming myself and the baby. So Jorge was on Lori duty, but luckily he didn't have to do much.

She slept the rest of the night and well in to the morning. The next day we took a trip to target to get her some bland foods, but Lori stayed in her Jammies. She didn't eat hardly anything, but had regurgitated some water twice. (Dr. said that was ok) She slept well but this morning was harder on her. Her eating and drinking habits were off and she was so tired that she actually sat and watched Playhouse Disney.

We had to run to the store, but when we came home it was right back to the couch, this time with a cup of animal crackers (and a new appetite) and a sippy cup. As you can see in the following pictures, got pretty comfy! 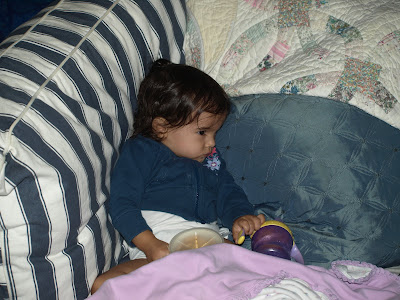 A little more comfy... and feeling good enough for a smile! 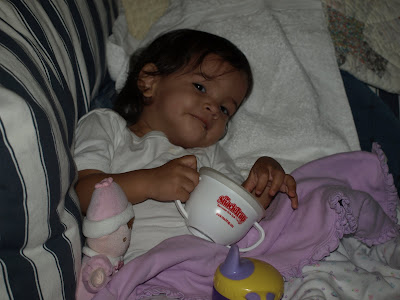 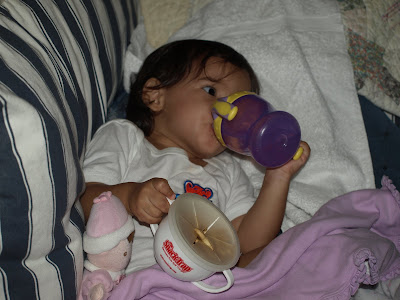 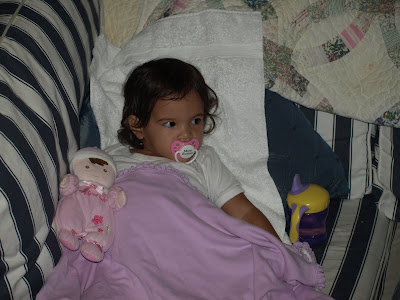 aaaaannndd... we're out! Rest up baby girl, and feel better!! 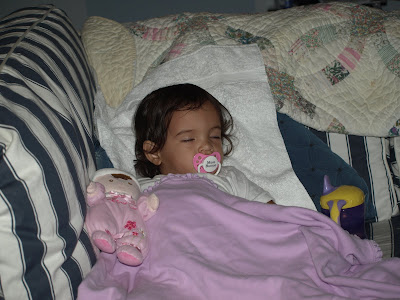 It's sad not having her as her usual crazy, happy self! Please pray for a speedy recovery for our little bubba.
Posted by His and Hernandez at 10:10 AM 1 comment:

So as promised, here are a few more belly pictures. 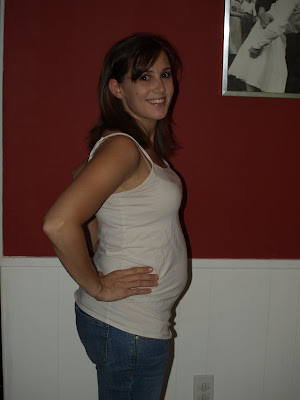 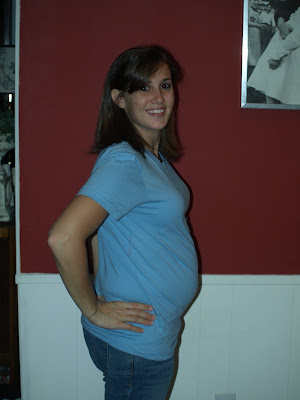 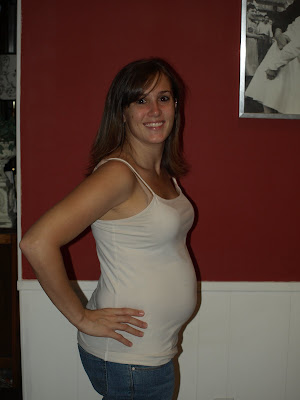 20 weeks
and HALF WAY DONE!

I can't believe it's already half way over. This pregnancy has gone by way faster than the last time. Probably because I'm so busy with Lori. We are SUPER excited about having a baby boy. We've told a few people and the first thing they all say is "Is Jorge just SO excited?" Yes, he is very excited, but honestly he would have been just as excited with another girl. At least that's what he's told me. :)

We've always wanted to have both "types" of kids and now we will get just that.

As for his name, I hate to tell you, but THAT will remain a secret until he gets here. We have a few names we're tossin' around but none that we're 100% sure on yet... so until his birthday we will continue to call him "Numero Dos" cause that just seems to fit him. (Please feel free to throw out any name suggestions... they are more than welcome!)

Thanks for sharing in our happy news!!
Posted by His and Hernandez at 10:08 PM 4 comments: